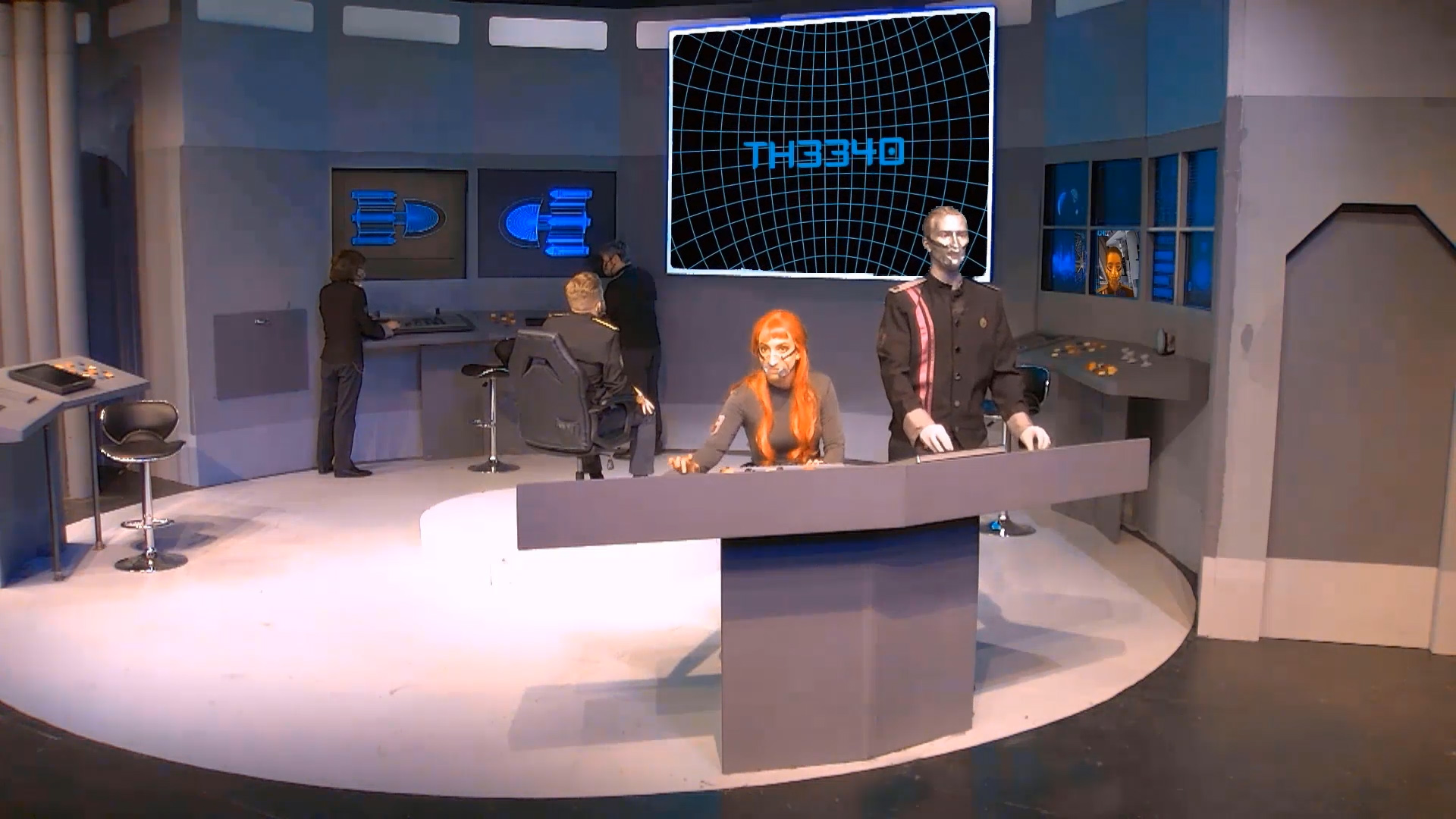 This series was produced by the Plymouth State University Theatre Program. During the pandemic between 2020 and 2021, live performances were not possible. Students were often required abruptly to quarantine for undetermined amounts of time. We converted our mainstage theatre venue into a basic television studio. The students wrote five original episodes and staged them. At need, some students were filmed separately or over zoom to allow them to participate on view screens. The production dates were constantly in flex. Time for shooting was brief. Masks and microphones do not mix well. We had one rule, though: be adaptable.


Produced in November of 2020. We learn about the mission of the SilverStar, which has just discovered a planet of trash. A special gift is created for Commander Mac.

Produced in November of 2020. We learn some of the secrets of the crew members. Ut Prosim is on a quest to find his soul. Del La Rosa presents the crew with liquid lasagna. Gleeb takes an unscheduled spacewalk.

Produced in February of 2021. The SilverStar encounters a trader who might not be what she appears to be. Billy makes an important decision. The SilverStar comes under attack.

Gleeb is rescued from mysterious alien influences. The crew might have found the object of their quest. Treason and mutiny threaten the quest. An unwelcome visitor returns.